Having inherited her father’s vast fortune in 1858, Maria Cassavetti Zambaco, a British artist and model of Greek descent, led a more independent life than most women of her time. She was even known to go about unchaperoned while still unmarried. 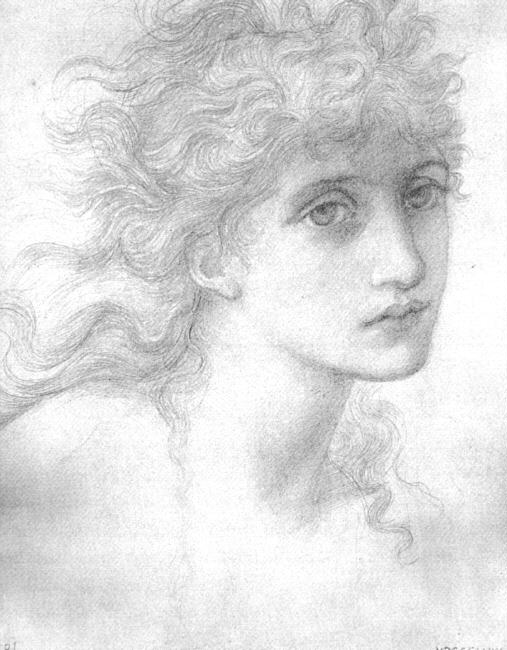 A talented artist, she studied at the Slade School under French painter, etcher, sculptor, and medallist Alphonse Legros. In Paris, she studied sculpture under Auguste Rodin. Her work was exhibited at the Royal Academy in 1887, and at the Arts and Crafts Exhibition Society in London in 1889. She also exhibited at the prestigious Paris Salon. The British Museum holds several of her medals, including this one depicting the head of a young girl: 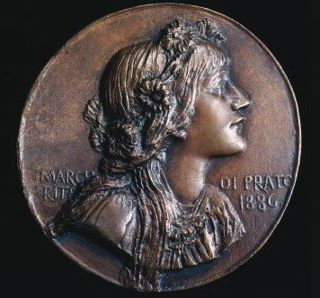 Zambaco’s love life was rather chaotic. In her teens she was wooed by George du Maurier, satirical cartoonist and grandfather of Daphne; when she showed no interest in him, du Maurier described her as ‘rude and unapproachable but of great talent and a really wonderful beauty’. Aged 18, she married Dr. Demetrius Zambaco, who was eleven years her senior. They had two children together but the marriage was not a success and she moved back to her mother after six years.

In 1866, Zambaco met Edward Burne-Jones when her mother commissioned him to paint her. As the subject was left to him, he chose an episode from Cupid and Psyche, which he worked on for several months. Although Burne-Jones was married at the time, he embarked on a tempestuous affair with Zambaco that lasted several years. Burne-Jones treated Zambaco as a peer. They read Homer and Virgil together and she trained as an artist under him. She also sat as a model for some of his most iconic paintings including The Beguiling of Merlin, one of Oscar Wilde’s favourites.  Zambaco repeatedly tried to persuade Burne-Jones to leave his wife but he refused and she is rumoured to have involved him in a suicide pact, convincing him to wade into the canal in Regent’s Park with her. The attempt failed and the affair ended, but they remained friends afterwards and she was by far his most influential muse.

Naturally, since she features here and in my book Wilde’s Women, Zambaco had a connection to Oscar Wilde. She lived much of her life in Paris and presided over an important artistic salon. It was she who introduced Oscar Wilde to his friend and biographer Robert Sherard. Years earlier, when writing about Burne-Jones’s The Beguiling of Merlin, Wilde had described Zambaco as ‘a tall, lithe woman, beautiful and subtle to look on, like a snake’.

Maria Zambaco died in Paris in 1914. She features in my book Wilde’s Women

For more on Edward Burne-Jones and his relationship with Maria Casavetti Zambaco you can read Fiona MacCarthy’s book ‘The Last Pre-Raphaelite’. There’s an extract here.

There is also a brilliant online exhibition of her work and that of her contemporaries Aglaia (née Ionides) Coronio (1834-1906)and Marie (née Spartali) Stillman (1843-1927) available via the University of York here. Together these women were known as ‘The Three Graces’.