The Reviews Are Coming In… 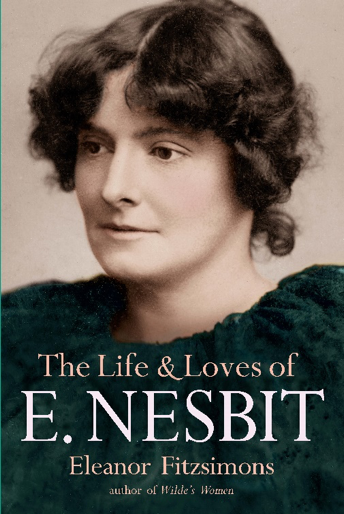 Here’s the verdict from Publishers Weekly – “Fitzsimons delivers a sprightly and highly readable life of a writer who deserves even wider recognition.”

Kirkus Reviews in their review described it as: “A fascinating, thoughtfully organized, thoroughly researched, often surprising biography of the enigmatic author of The Railway Children.”

In a starred review, Booklist decides that I make “a compelling case for her [Nesbit’s] stature as an important writer,” adding: “This biography is long overdue.”

Highlights from a lovely review in the Wall Street Journal include “meticulous and invaluable”, “author of the fascinating Wilde’s Women”, “brings to light many previously hidden biographical watermarks”, “fine biography”.

The critic at the New York Times wrote “In her biography, Fitzsimons handily reassembles the hundreds of intricate, idiosyncratic parts of the miraculous E. Nesbit machine”

In an absolutely lovely review in the Washington Post regular critic Michael Dirda, who has a Pulitzer Prize for literary criticism, calls The Life & Loves of E. Nesbit a “fine new biography” and “informative and entertaining”.

The amazing Kate Atkinson told the Daily Mail that she is reading it at the moment and described it as “very well-researched,” while on Twitter the absolutely marvellous Marian Keyes (@MarianKeyes) included The Life and Loves of E. Nesbit in a photo of the books she is “REALLY DYING to read.”

The Life and Loves of E. Nesbit has a huge spread in the Daily Mail with a limited opportunity for readers to buy my book at a discounted price of £16. It is also available to  buy in many bookshop chains and independent bookshops and you can buy on Amazon.

‘Fitzsimons makes extensive and excellent use of Nesbit’s fiction and poetry, and in doing so she illuminates both Nesbit’s work and her life… highly readable.’ The Irish Times

‘Areadable and thorough biography.‘ Review in the Guardian

‘An affectionate and detailednew life of Nesbit.’ Spectator

‘The first major biography of E Nesbit in 30 years…  She has used Nesbit’s letters and deep archival research to reveal an extraordinary life story, bringing new light to the life and works of this famous literary icon.’ Dorset Echo

RTE Culture: ‘Meticulously researched… a very worthwhile addition to the body of work which surrounds this fascinating woman, mother, author and friend.’

Fantastic review in The Irish Times: ‘Eleanor Fitzsimons paints an insightful and lively picture of children’s author E. Nesbit… Fitzsimons makes extensive and excellent use of Nesbit’s fiction and poetry, and in doing so illuminates both Nesbit’s work and her life… like all the best literary biographies, this highly readable book will send readers back to that writing.’ 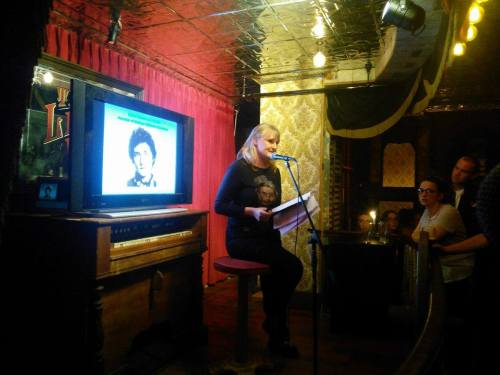 I was absolutely thrilled to be invited to participate in Ireland’s wonderful and vibrant Culture Night this year. I spoke at a brilliant event organised by herst_ry at the lovely Liquor Rooms on Dublin’s quays. My topic was how Oscar Wilde helped women in the arts. Here is a taste of just three of the women I spoke about. All three are included in my book Wilde’s Women: 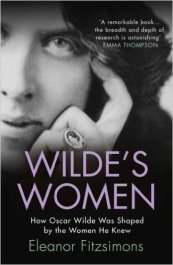 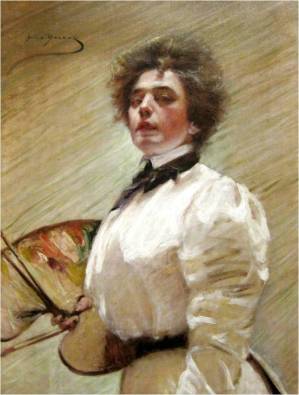 One day in July 1882, Oscar Wilde took time out of his arduous lecturing schedule to go to the Long Island resort of Long Beach with one of his patrons Sam Ward. There he was introduced to Alice Pike Barney and her six-year-old daughter, Natalie. When Alice injured her foot in the water, Oscar, well over six feet tall and broad-shouldered, gallantly carried her up the beach and they got talking. Although hugely talented, Alice’s ambitions to study art were opposed by her boorish husband, Albert Clifford Barney, a hard-drinking man with a nasty habit of infidelity.

Oscar encouraged her to ignore her husband and so she did. She took art lessons in Paris and studied under Carolus-Duran and James McNeill Whistler. Later, she was admitted to the Society of Washington Artists and had solo shows at major galleries including the Corcoran Gallery of Art. With newfound confidence, she also wrote and performed in several plays and an opera, and worked to promote the arts in Washington, D.C. Many of her paintings are in the collection of the Smithsonian American Art Museum. 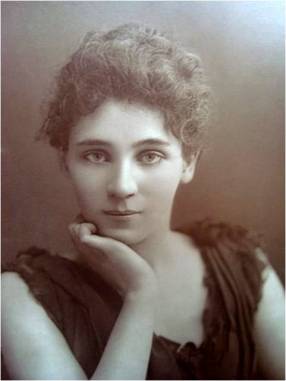 Elizabeth Robins: So much more than a beautiful face

American actress Elizabeth Robins was determined to break into English theatre. When she met Oscar at a party in July 1888, he told her: ‘Your future on our stage is assured’. He introduced her to influential theatre directors and even helped her to secure an agent. She found it amusing that he encouraged her to emulate Lillie Langtry since she saw herself as an altogether more serious performer with ambitions to manage and direct too.

The course of Robins’ life changed when she travelled to Norway and studied the works of Henrik Ibsen, a playwright who was sympathetic to the plight of women. In his notes for A Doll’s House, Ibsen asserted:

A woman cannot be herself in contemporary society; it is an exclusively male society with laws drafted by men, and with counsel and judges who judge feminine conduct from the male point of view.

Robins formulated a plan to introduce Ibsen to English audiences. She also hoped to end the stranglehold that male actor-managers had on English Theatre, a situation that resulted in women being undervalued as actors, writers and producers. When she struggled to attract subscribers to fund a series of twelve of Ibsen’s plays at the Opera Comique, Oscar stepped forward: ‘The English stage is in her debt,’ he declared, ‘I am one of her warmest admirers’. He funded her project and encouraged others to do so. Although audiences found the realism of Ibsen’s plays alarming, Oscar turned up several times and gave her productions his full attention. He assured her: ‘I count Ibsen fortunate in having so brilliant and subtle an artist to interpret him’.

…he was then at the height of his powers and fame and I utterly unknown on this side of the Atlantic. I could do nothing for him; he could and did do everything in his power for me.

When Edith Bland, who wrote as E. Nesbit, sent Oscar her poetry collection Lays and Legend in 1886, he responded with an encouraging letter. As editor of The Woman’s World, he reviewed her collection Leaves of Life and published three of her poems. In his review of Woman’s Voices, an anthology edited by Elizabeth Sharp, he described Nesbit as ‘a very pure and perfect artist’, and lauded her ambition to ‘give poetic form to humanitarian dreams, and socialist aspirations’.

Nesbit, the main earner in her unconventional family, was obliged to all but give up writing poetry, her true passion, in favour of writing serialised children’s stories. Drawing on her own childhood fears and insecurities, she invented the children’s adventure story in which her protagonists faced genuine peril. Her best loved tales include the classics Five Children and It and The Railway Children. Nesbit changed children’s writing and influenced CS Lewis, JK Rowling and Jacqueline Wilson among many others. She is the subject of my next biography.