Some news! I’ve just signed a contract with Duckworth Overlook for book two, a biography of the brilliant and complex author E. Nesbit. I’m really excited about getting properly stuck in. Here’s the blurb from my agent’s website:

Edith Nesbit (1858-1924) is considered the first modern writer for children and a key influence for writers from C.S. Lewis to J.K. Rowling. Inventor of the children’s adventure story, her books remain hugely popular and are regularly adapted for stage and screen. A founder member of the Fabian Society and ‘a committed if distinctly eccentric socialist’, she railed against inequity, social injustice and state-sponsored oppression, incorporating her views into her books and influencing generations of children.

Described by George Bernard Shaw, one of a string of lovers, as ‘audaciously unconventional’, Nesbit’s unsettled childhood and vivid imagination conjured up fears and phobias that lasted into adulthood; she confronted them in the stories she populated with family, friends, lovers, and events from her life, often writing herself as twins – one brave, one retiring. A progressive woman, she cut her hair short and smoked incessantly. Yet, she never supported women’s suffrage and she remained loyal to her serially unfaithful husband, raising his live-in-lover’s children as her own.

This new biography, the first in more than two decades, will explore one of our most important writers in all her guises. Friends agreed ‘she could be morose as a gathering thundercloud…when she emerged – a sunburst!’ One described her as ‘wise – and frivolous; kind…and so intolerant’. She was intensely attractive to men and formed deep friendships with women too. Temperamental at times, she was also huge fun, always creative and often playful. Her parties were legendary, her ghost stories, terrifying, and her tales of adventure changed the world.

Oscar Wilde’s niece Dorothy Ierne Wilde, known as Dolly Wilde,was born on 11 July 1895. To commemorate her birth I have published the Epilogue from Wilde’s Women here on my blog:

On 10 April 1941, when the chambermaid who serviced the block of flats located at Twenty Chesham Place in Belgravia used her pass key to gain entry to number 83, she must have been horrified to discover the lifeless body of a woman in her mid-forties slumped half in and half out of her bed. Although the occupant, recently arrived, had a history of suicide attempts, and several bottles labelled paraldehyde – an over-the-counter depressant of the central nervous system used to treat alcoholism and chronic insomnia – were discovered in her flat, there was no evidence to suggest she had overdosed deliberately. For that reason, Coroner Mr. Neville Stafford recorded an open verdict, declaring that this ‘independent spinster’, as she was described on her death certificate, ‘came to her death through causes unascertainable’.[ii]

The dead woman was Dorothy ‘Dolly’ Wilde, daughter of Willie and niece of Oscar. At the time, she was undergoing treatment for breast cancer, diagnosed two years earlier.  Although her doctors advocated it strongly, Dolly had prevaricated about surgery, preferring a combination of pharmaceutical and new age treatments that included a heroin cure and a brief pilgrimage to Lourdes. As a result, the cancer had metastacised and an autopsy revealed traces in her lungs.

Fatally self-destructive, Dolly had battled several addictions; years of prodigious drug and alcohol consumption had compromised her health. Although she tried to conceal her worst excesses, anecdotes described her slipping a syringe from her handbag and injecting herself in the thigh under the table at dinner parties, or emerging from a variety of bathrooms with telltale traces of white powder under her nose.[iii]

Dolly Wilde was born into chaos and poverty to a father lost to alcohol and a mother whose inability to cope led her to abandon her infant daughter in a ‘country convent’.[iv] From the day of her birth, three months after the imprisonment of her Uncle Oscar, her life was governed by turmoil and impulsiveness. In adulthood, she was so outrageous that had she been fictional she would have lacked credibility. While in her teens, she ran away to war torn France, where she drove an ambulance and developed a taste for fast cars and foreign women. One early paramour was her Montparnasse flat mate, Joe Carstairs, the cross-dressing Standard Oil heiress who later seduced Marlene Dietrich. Afterwards, Dolly drifted through her twenties, living out of a suitcase in a series of hotel suites, spare bedrooms and borrowed apartments. Since she hated ‘flat reality’, the antidote she seized upon was to live hard and travel constantly, a lifestyle that took a toll on her wellbeing.[v]

An incorrigible womaniser, Dolly specialised in ‘emergency seductions’ and went through a string of lovers.[vi] She once made a pass at Zelda Fitzgerald, much to Scott’s annoyance; he captured her in an unflattering cameo in Tender is the Night as lesbian seductress Vivien Taube, but he deleted the passage from the published version.[vii] Dolly also had a passionate affair with Russian-American actress Alla Nazimova, who produced and starred in a silent film adaptation of Salomé (1923) that drew heavily on Aubrey Beardsley’s illustrations for Oscar’s book. Dolly prided herself on her irresistibility to women and men but, although several men proposed marriage to her, she showed no interest in anything beyond friendship.

Dolly was always promiscuous, but the love of her life was Natalie Clifford Barney, two decades her senior and a woman with a self-professed obsession with Oscar. Natalie’s decision to install Dolly in her ‘blue bedroom’ at 20 Rue Jacob, where she hosted her celebrated Friday salon may have been influenced by her guest’s resemblance to her iconic uncle. 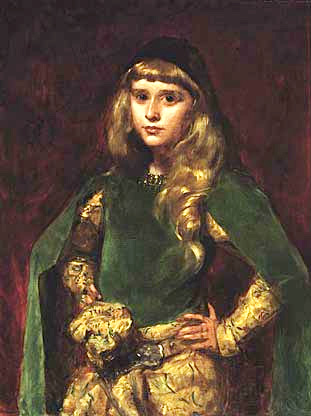 In 1882, when six-year-old Natalie was holidaying at Long Beach with her mother Alice, she was chased by a pack of taunting boys. She ran headlong into Oscar, who scooped her onto his knee and comforted her by telling her a wonderful tale.[viii] At ten, she insisted on being painted as his happy prince, dressed exotically in medieval green and gold. In her teens, she wrote a letter of sympathy to Oscar in HM Prison Reading, and she served on committees that commemorated his birth and his death. As an adult, Natalie had a fling with poet Olive Custance, Oscar’s onetime rival for the affections of poet John Grey. Through her, she befriended Lord Alfred Douglas. Her ultimate Wildean trophy was Dolly.

Although Dolly never met her famous uncle, her pale, elongated face, remarkable blue-grey eyes, shock of dark hair and affected pose, conjured him up for all who met her. She inherited too his ‘clear, low, musical voice’, insatiable appetite for cigarettes and inability to regulate her chaotic finances.[ix] Her friends nicknamed her Oscaria, and Dolly herself declared: ‘I am more like Oscar than Oscar himself’.[x] In her ‘Letter from Paris’ column in July 1930, Janet Flanner, Paris correspondent of The New Yorker, described Dolly attending a bal-masqué dressed as Oscar, ‘looking both important and earnest’.[xi] When H.G. Wells bumped into her at the Paris PEN Club, he declared himself delighted to meet at last a feminine Wilde.

Everyone who knew Dolly said she should write. Days after her birth, her grandmother Jane declared her ‘magnificent!!!’, and described her as: ‘A force of intellect and power’. Dolly, she assured her daughter-in-law Constance, would ‘most certainly write books’.[xii] When she was almost four, her mother, Lily told Oscar that little Dolly, had ‘a fair share of the family brains’.[xiii] This weight of expectation overshadowed her life. Although she left scant evidence to support it, a hyperbolic obituary written by her great friend Victor Cunard, diplomat and Times correspondent in Venice, stated that Dolly ‘carried on with undiminished wit the family tradition of conversational brilliance,’ and concluded:

‘Epigram and paradox are the weapons of the Wilde family, and none of its members has used them more humanely nor more effectively than Dorothy’.[xiv]

Yet, there is little to indicate that Dolly shared any measure of Oscar’s brilliance. Wishful thinking may simply have projected his wit onto the blank canvas she supplied. She left nothing more tangible than personal letters, and many of the testimonies collected in a posthumous tribute, In Memory of Dorothy Ierne Wilde: Oscaria, published privately by Natalie Clifford Barney ten years after Dolly’s death, suggest that what wit she possessed was ephemeral. Her friend Bettina Bergery wrote of her, ‘she scintillated with so many epigrams, all delivered at once – that no one had time to remember any…Her words flew out like soap bubbles’.[xv] Yet she had some ability to charm: Cartoonist Osbert Lancaster called her ‘irrepressible and wholly delightful’.[xvi] Her last lover, actress Gwen Farrer described her as a ‘jolly and high spirited woman, with many friends’.[xvii]

Dolly’s first cousin Vyvyan Holland discovered her existence when she was brought to his house by a mutual friend; she was twenty-two years old by then and he was thirty-one. She never met Cyril, who died in the war she had been so eager to join. Vyvyan’s relationship with Dolly was an uneasy one; she must have been infuriating at times with her posing and her insistence in finding refuge behind a narcotic fog. She could be a messy drunk: on one occasion the manager of the luxurious Hotel Montalembert on Saint Germain des Prés, Dolly’s favourite Parisian hotel, contacted Natalie Clifford Barney, who was probably paying the bill, complaining of piercing cries and heart wrenching groans that were disturbing his other guests, and asking her to please remove Dolly to a sanatorium. Undoubtedly, she knew anguish and she almost succeeded with at least one of her four recorded suicide attempts. 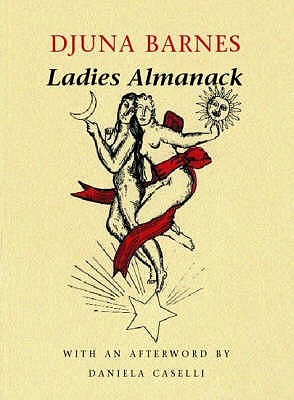 Dolly left little trace of her life, just a bundle of letters and an ambiguous turn as ‘Doll Furious’ in Ladies Almanack, an obscure novel celebrating the splendid lesbian cult of Clifford Barney. It was written by her friend Djuna Barnes, whose grandmother, the irrepressible Zadel Turner Barnes used to attend Jane Wilde’s Saturdays.

[iii] This story originated with Osbert Lancaster and is reported in Schenkar, p.130